Warning: count(): Parameter must be an array or an object that implements Countable in /home/floridamuslimbar/public_html/wp-includes/post-template.php on line 284 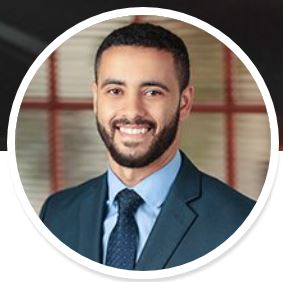 Ahmad S. El-Gendi focuses on commercial litigation, intellectual property, and real estate matters, placing primary importance on getting to know clients, learning about their business, and understanding their concerns. His passionate professional representation is rooted in streamlining voluminous information into digestible, concise summations to effectively communicate and advocate on behalf of clients. Ahmad’s diverse education in neurobiology, business management, and legal jurisprudence allows him to absorb and understand complex information quickly and easily. In addition to his litigation experience, including representation in a federal copyright lawsuit, Ahmad is prepared to deal with various aspects of legal disputes from his experience engaging in arbitration and mediation.  He also has experience working with significant corporate clients on multifaceted transactions with capital exceeding one hundred million dollars at stake. Ahmad is the recipient of Ones to Watch in Intellectual Property Award, 2017.  Ahmad completed his undergrad at Stony Brook University, State University of New York (B.S. in Biology, magna cum laude, 2011) with a specialization in Neuroscience Minor in Business Management. He completed his J.D. at Emory University in 2015.

Maha ELKolalli is a solo practitioner in the areas of family law and civil litigation. She

concentrates the majority of her practice in the areas of family law including dependency and domestic violence.  Mrs. ELKolalli has litigated cases on behalf of vulnerable individuals in civil rights, personal injury, and systemic reform matters. In addition to the practice of law, Maha ELKolalli was the Vice-President of NYC Family Day, Inc. which hosted events including events on Capitol Hill in Washington D.C., a reception at the Rayburn Center with the assistance of Congressman Keith Ellison, and various events at the United Nations Headquarters in New York City such as the historic Tribute to Muhammad Ali at the United Nations.  In addition, she is a public speaker presenting at various Colleges/Universities including Florida Atlantic University, Palm Beach College, Florida International University, and the University of Miami.  Prior to attending law school, Ms. ELKolalli was a Child Protective Supervisor with ChildNet, was a Family Services Counselor for the Department of Children and Families, served as a Government Analyst for the Department of Juvenile Justice, and has extensive experience working with families of all religious and cultural backgrounds.  She is a graduate of the State University of New York in Albany, graduating Summa Cum Laude with a degree in Psychology and in Sociology, and graduated Magna Cum Laude receiving a J.D. from Nova Southeastern University Shepard Broad Law School. 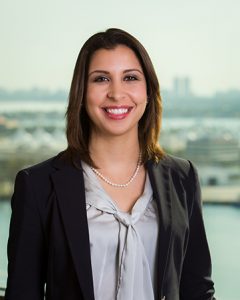 Dana Chaaban serves as the Secretary for the Florida Muslim Bar Association and is an attorney in the Miami office of Shutts & Bowen LLP, where she is a member of the Construction Litigation and Insurance Practice Groups. Dana, who is fluent in Arabic, graduated in the top 4% of her class and magna cum laude from Florida International University College of Law. While in law school, she served as a Judicial Extern for the former Chief Justice R. Fred Lewis of the Florida Supreme Court and the Honorable Justice Barbara Lagoa of Florida’s Third District Court of Appeals. She also interned for the Office of the Broward County Attorney, where she assisted in the Fort Lauderdale-Hollywood International Airport construction expansion. Dana earned a Bachelor of Science Degree in Public Relations from the University of Florida. During that time, she published several articles in the Gainesville Sun.

Saman Movassaghi Gonzalez is the Founder and Managing Attorney at the Florida Immigration Law Counsel.  With over 14 years of 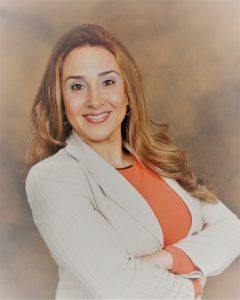 experience as an immigration attorney, she caters to both corporate and individual clients with an emphasis on employment, family and adjustment related matters. She is very experienced in obtaining certified Labor Certifications with the Department of Labor and filing employment based petitions along with various employment and investment visas and filing family based petitions. She also handles removal and deportation cases and regularly defends foreign nationals in immigration court.  She earned a B.A. from the University of Texas at Arlington in Political Science, a minor in Islamic and Middle Eastern Studies from the University of Texas at Austin and her J.D. from the St. Thomas University School of Law at the age of 22. Mrs. Gonzalez is very active in the South Florida community and speaks regularly on various immigration and diversity issues throughout the State of Florida.  She is a member of the American Immigration Lawyers Association, Iranian American Bar Association. She is also an Adjunct Professor at Nova University School of Law where she teaches Immigration Law. 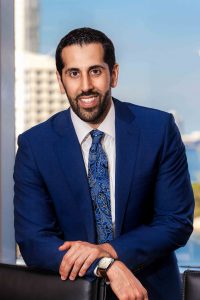 Omar K. Ibrahem is the principal of OKI Law. He focuses his practice on the following areas: commercial litigation and arbitration (international and domestic); employment litigation; and providing general and business counsel services to small and medium businesses. Omar graduated from the University of Miami’s School of Law, magna cum laude. He was a Law Clerk to Magistrate Judge Jonathan Goodman in the Southern District of Florida. Before his clerkship, Omar was in-house counsel with a Miami Beach hedge fund and later ran his own law firm. In addition to being FMBA’s vice president, he is actively involved in other local and state bar associations. 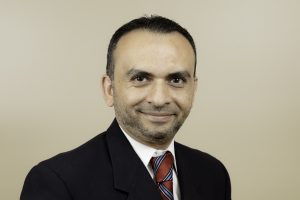 Taghrid G. Hassan has been practicing law for nearly 20 years exclusively in the areas of family law and immigration. She has helped countless families immigrate to the United States and has assisted many to become US citizens. She has a passion for guiding families through the difficult process of divorce and separation to promote harmonious family relationships. She is a Florida Supreme Court Certified Family Mediator and has been appointed as guardian ad litem by the court in family and domestic violence cases. Ms. Hassan is admitted to practice law in Florida, New York and New Jersey, as well as US District Court of New Jersey and the Southern District of Florida.  Ms. Hassan received her Juris Doctor from Brooklyn Law School. Ms. Hassan is one of the founding members of the Florida Muslim Bar Association and has spoken on many panels regarding diversity in the legal process and the enforceability of Islamic marriage contracts in US courts. 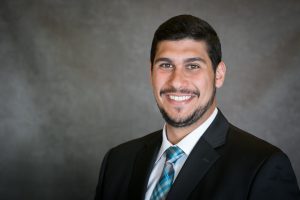 Yazen Abdin is a U.S. Immigration Attorney that has successfully represented numerous individuals and corporations in acquiring residency and citizenship in the United States. He focuses exclusively on immigration matters, and is an Immigration Attorney at NeJame Law, which has been rated the best law firm by the Orlando Business Journal. Attorney Yazen has been featured on channel 6 and channel 13 news stations to advise about the latest developments in Immigration Law. Moreover, Yazen is a lecturer at various organizations to provide the community with regular updates. Published articles by Attorney Yazen can be found on the web and in various legal journals. Attorney Yazen also practices asylum, TPS, VAWA, deferred action, and deportation defense. Mr. Abdin has worked with and continues to work with clients from around the world including, but not limited to the Middle East, Africa, Latin America, and Asia.Yazen received his Bachelor of Science from the University of Central Florida in 2012 and continued on directly to law school thereafter. During law school, he participated in the immigration clinic where he assisted indigent clients with their immigration needs. Moreover, attorney Abdin is a member of American Immigration Lawyers Association (AILA) and the Orange County Bar Association (OCBA).

Natalie Ann Ghosn is currently a Ph.D. Candidate in the International Studies Department of the University of Miami and an attorney in 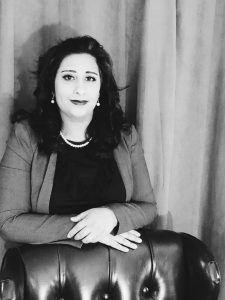 the State of Florida. She is fully licensed to practice in all areas of law. Her areas of academic focus are Comparative Politics and International Relations with a regional focus on the Middle East. Natalie is originally from Halifax, Nova Scotia, Canada and Lebanese by background. She is fluent in English and conversational in French. She earned her B.A. in Political Science from Dalhousie University, her J.D. from Florida Coastal School of Law and her LL.M. in International Law, specializing in International Criminal Law and Islamic Law from the University of Miami School of Law. Natalie has been licensed member of the Florida Bar since 2010. Natalie has interned in the legal department of the Florida Campaign for Change Headquarters for President Obama as well as at the International Criminal Tribunal for the Former Yugoslavia in The Hague, The Netherlands. Natalie is published in the area of Islam and Gender and Law including in The International Lawyer, an award-winning quarterly legal journal with a worldwide circulation of more than 15,000. She is also a researcher in the Political Science Department of the University of Miami and has lectured on a wide variety of topics. Natalie has traveled extensively globally.  Natalie is currently working on her doctoral dissertation in Comparative International Law. More specifically, Natalie’s research focuses on the interaction of religious family law with regard to Judaic and Islamic principles.